The Gandaki headwaters stream is located in Nhubine glacier, in the Mustang region of the Himalayas.
It ends a left bank tributary of the Ganges.
The river runs through
a rocky cliff side gorge,
cut on solid rock and subject to frequent landslides.
Various sources indicate it is the deepest gorge in the world.

It flows between
Mt. Dhaulagiri (8,167 m) in the west and the summit of Anapurna I (8,091 m) in the east.
The river is older than the Himalayas. As tectonic activity forces the mountains higher, the river has cut through the uplift.

The riverbed crosses different climatic zones, from pine and conifer forests to dry
desert like country.
The airflow between the two peaks creates strong winds that howl up the valley. 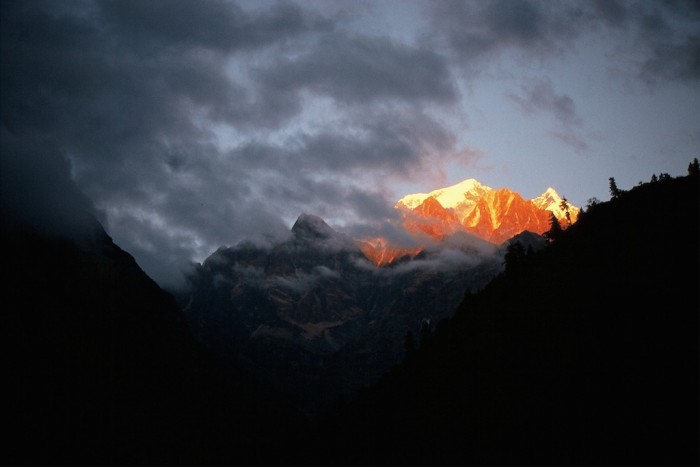 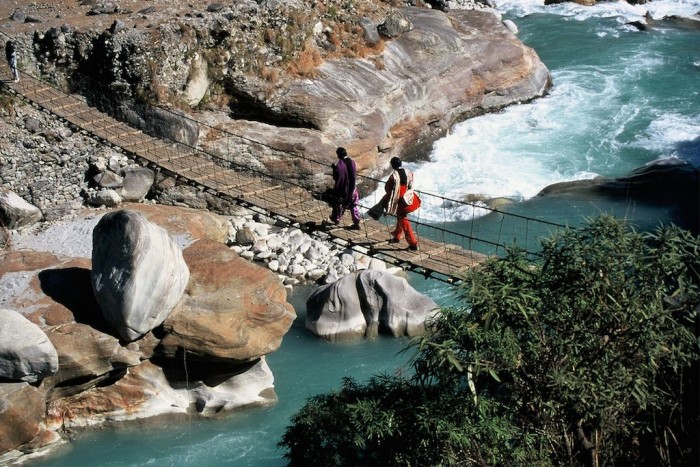 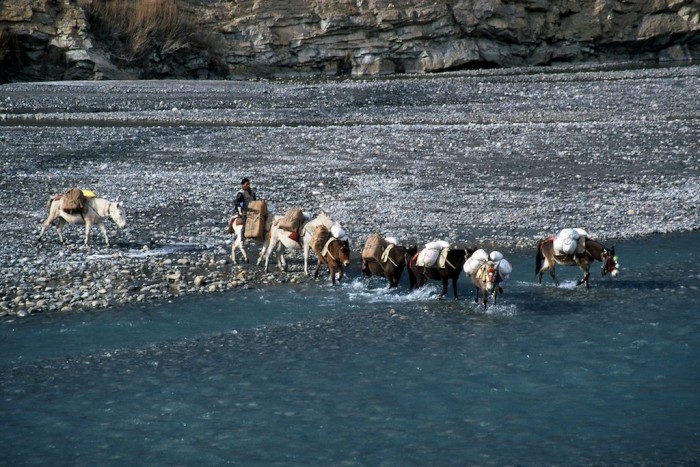 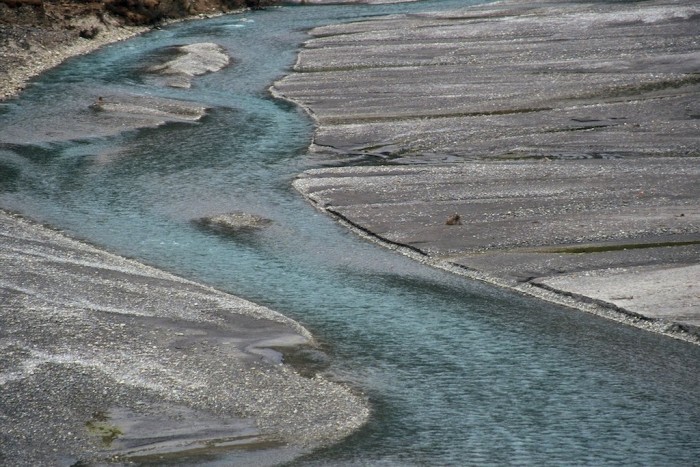 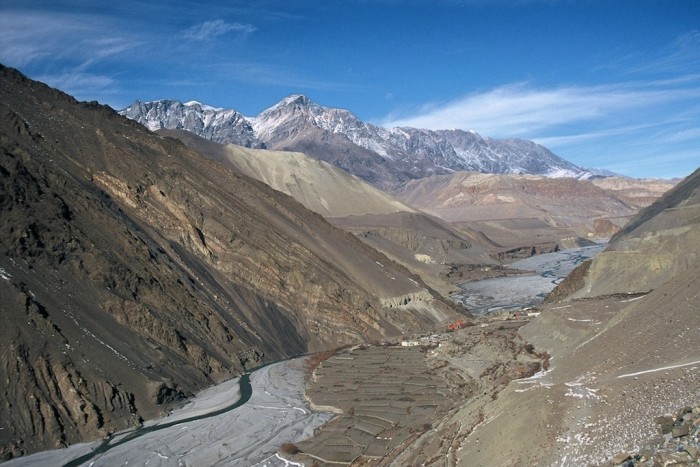 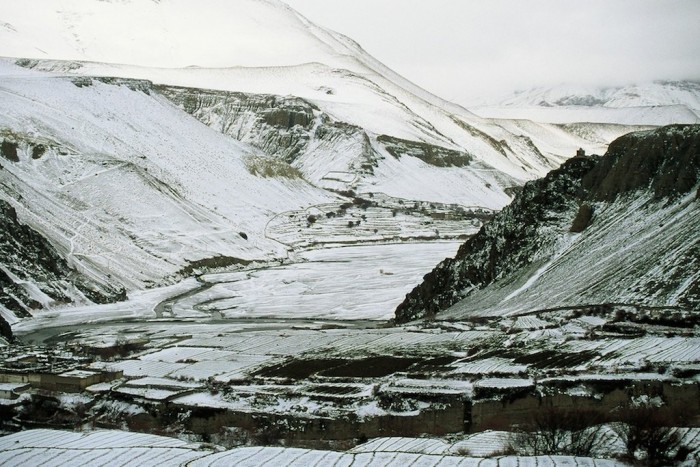 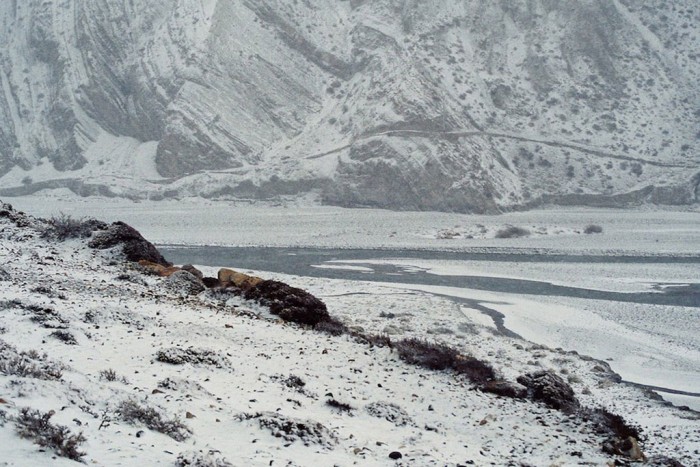 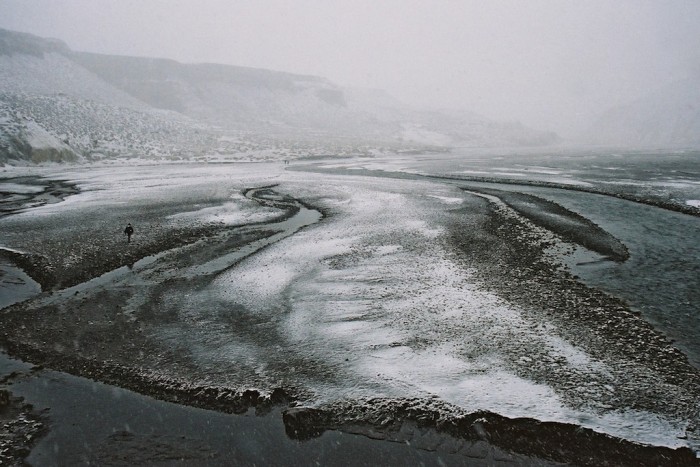